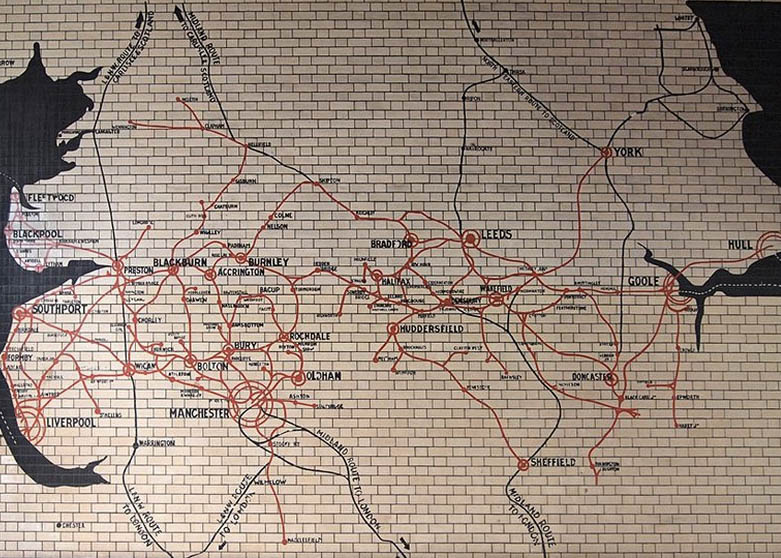 CARRIAGE A FROM MANCHESTER PICCADILLY

At 17:40 there is the pass and slip
of low throats in a grey intestine,
digesting the rush-hour feast
of salty faces two to a seat,
breathing wet steam
and refusing to dissolve.

It surges up the height of the whole sky,
iron bolt up from ever-stricken hammer,
up from the beast’s body blinding the hills,
seething brick backs and shoulders, swarms of eyes.
It is a century, a brand – but twigs
cluster to blur it as I raise my camera.
We’re sliding backwards – it’s coming to bits:
the brick hulk’s split; the heaps of ash and slag
drawing aside, the chimney starts to fall,
sliding from a hangnail of a moon –
broken breaths sigh from vents in various walls –
bird shadow flits against one thinning plume –